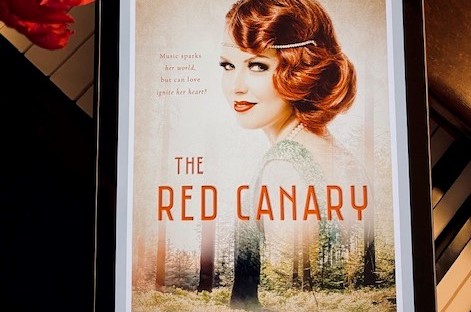 Are you looking for your next read? How about an inspirational historical romance set in the 1920s? I’m excited to be part of the promo team for Rachel Scott McDaniel’s upcoming release, The Red Canary! This novel contains a beautiful blend of romance and mystery intermixed with heart transformations. Forgiving yourself can be hard, and that’s something Sergeant Mick Dinelo knows firsthand.

In 1928, soot from the local mills and music from speakeasies linger in the Pittsburgh air. When the manager of The Kelly Club is found dead, nightclub singer Vera Pembroke is thrust into peril. As the only witness to the crime, she’s sentenced to hide away in the Allegheny Forest with a stuffy police sergeant as her guardian.

Sergeant Mick Dinelo harbors a burning hatred for Pittsburgh’s underworld after the devastation it left on his life—and heart. He should be out exposing the culpable gangsters rather than tending to the impetuous woman who defies his every effort to keep her safe.

Mick and Vera must set aside their differences to solve the murder that someone wants to keep buried beneath the soot of Steel City.

Not only was the plot interesting, but I was wowed by Rachel’s beautiful imagery. “She pushed herself to a seated position for a better view. The world beyond this window steeped with color—from the lush, emerald pines to the sapphire sky embedded with the golden sphere,” (page 94).

This, along with the artful character development made, The Red Canary a very pleasant read. I give it 5 stars! The Red Canary is available for preorder now!